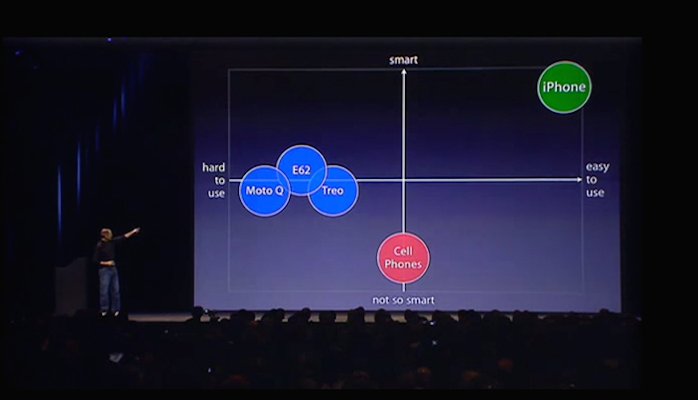 We had an embarrassment of riches. It was 1998, and I was leading an IDEO design team that had dreamt up so many cool ideas — and had created a range of working prototypes now standing in front of us — that we couldn’t decide which direction to take. Somewhere, shimmering out in the distance, was never-seen-before perfection, but we just didn’t know which path to take to get there.

In short, we were doing great work. But we were also stuck.

Then, as we stood pondering the prototypes that we’d made, and debating which was the most awesome, IDEO founder David Kelley strolled by to say hello and to watch us demonstrate our ideas. He listened patiently as we explained our dilemma, and responded with one simple question: “What’s the best alternative available to people today? Choose compared to that.”

Behind David’s powerful question is the best innovation advice I’ve ever received:

Compare to reality, not to some imaginary standard of perfection.

The truth was that even our least amazing prototype was miles ahead of the competition. It also happened to be the simplest concept, and the one that most tightly addressed the actual needs we’d heard from people we had interviewed and observed. Even if it didn’t fulfill our fantasies of perfection, we chose that option as the way forward, and we ended up nailing it: our award-winning design sold like hotcakes. Fifteen years later, it’s still in production, making people happy.

I put David’s advice to work every week, because when you get a bunch of talented, energetic people together, it’s incredibly tempting to try and cram as many amazing ideas as you can into whatever it is you’re creating. That impulse leads to things like the Amazon Fire Phone, a technological tour de force that included everything but the kitchen sink, but ultimately failed to satisfy. Compare the Fire’s laundry list of features to the reality-based point of view communicated by Steve Jobs at the 2007 launch of the iPhone, shown above.

Always going back to a benchmark anchored in reality forces you to articulate a clear point of view about what’s truly important. This is the path to excellence.

Some say that rooting your choices in reality is a sure path to mediocrity, but nothing could be further from the truth. Dedicating yourself to understanding what people really want — how they’ll experience a product in the real world — forces you to get away from your desk and make a tangible difference. Instead of just talking about a grand paradise of what might be, putting in the effort to understand people’s day-to-day lives, and then actually producing something that works, is what separates a true innovation from a merely good idea.

Great innovators dream, but they are also relentless about comparing those dreams to the real world, and acting accordingly.