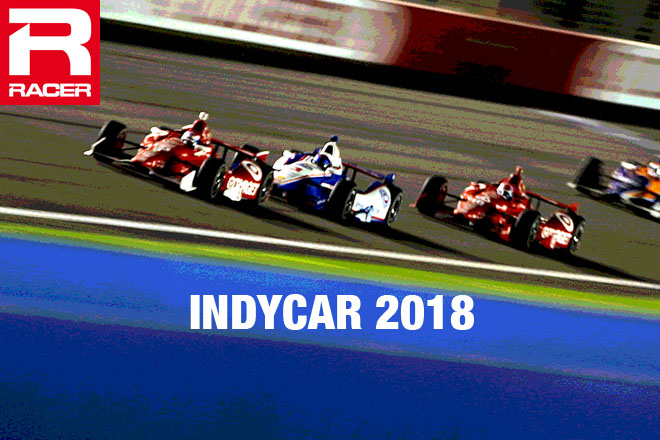 A few weeks ago I wrote an essay for RACER about the future of IndyCar. It’s part of a series called “IndyCar 2018”. Here is an overview from RACER editor David Malsher:

Welcome to a new series exclusively by RACER. While manufacturer aero kits will be the biggest technical story of the 2015 Verizon IndyCar Series, somewhere just over the horizon is the next-gen IndyCar, due to start racing in 2018.

If that sounds a long way off, it is…but ideas and philosophies need time to take root, germinate and grow before they finally bloom. It may sound conceited, but it’s true nonetheless – at RACER, we have the attention of the people who can make a difference to the path taken by IndyCar. And that “we,” includes you, the readers of RACER, which is why you’re invited to participate.

Over the next couple months, we’re running interviews with, and essays from, the great and the good of IndyCar past, present and future, asking what they think IndyCar should be in 2018. Topics included will be the basic design of the car; what technology it employs; how open the rules should be regarding engines, chassis and bodywork; safety; embracing “green” science; circuits; energizing the business model for teams, promoters, manufacturers, sponsors.

Some brave souls may tackle all these topics – just as IndyCar personnel collectively have to – but generally, we’ve let the interviewees/writers choose their points of focus.

I endeavored to look at the entire sport of IndyCar as a business system. If you had to balance the human experience, the technology platform, and the business model, what choices might you make? What might be a guiding framework for those decisions? Overall there’s been a positive reaction to my thoughts, with some impassioned debate in the comments section below the essay and in Robin Miller’s weekly reader mail column.

In my mind’s eye I expected all of the IndyCar 2018 essays and interviews to be released at one time—Netflix House of Cards style—but I am finding the actual serialization to be a much more interesting approach. Having everyone in the community focus on one point of view at a time helps focus the conversation in a way that having a buffet of options would hinder. That said, I’m very much looking forward to seeing the complete oeuvre—the public conversation RACER is facilitating is a fascinating way to share ideas and encourage innovation.

The first of the series is an interview with Indy 500 winner and F1 World Champion Mario Andretti. The third is an essay by four-time Indy 500 winner Rick Mears. The thoughts from yrs trly were sandwiched between those two, and it’s an honor to be there.  For my own convenience, I’ll add links below to each entry as they’re published.  Enjoy!