Ferrari’s factory is off limits to mere mortals, so here’s a nice peek inside from Automobile Magazine.

A great thought from Seth Godin on segmentation, differentiation and their relevance to the process of creating remarkable things.

In my experience, many marketers are so hung up on crafting intricate (and basically irrelevant) segmentation schemes and buying mailing lists that they don’t spend time thinking about how to make their offering so distinctive and valuable that users go out and spread the word on their own.

Over the past year I’ve become increasingly interested in "cradle to cradle" design solutions that consider the entire lifecycle of a product, from manufacturing to marketing to use to end of use.  A critical aspect of cradle to cradle design is considering how a product will age:  will it get older gracefully, building a patina which enhances its value, or will it turn into a liability — the kind of thing that ends up in a dump or (heaven forbid) your front yard?  I’m convinced that most designers – or at least the marketers they serve – don’t spend many brain cycles thinking about what their product will be like a month after purchase, let alone 40 years later.

A good case in point is my Sony Playstation 2 (yes, I justified it to my wife on the basis of it being a DVD player, not a videogame console).  The day exterior drawings were due, some industrial designer must have had his CAD station lock up and drew the thing with a ruler instead:

It’s a great product, but all those slots and ridges in the black plastic make it a dust magnet, a real pain to keep clean.  As a result, it doesn’t look Darth-Vader-cool.  It just looks like dusty plastic.

One of the great disappointments of my post-MBA working life was being told that I would only be evaluated on projects where I was the sole "owner" of process and content.  In other words, if I had contributed to an initiative run by another person, well, that contribution would count for zip, zilch, nada.

This flew in the face of everything I’ve ever learned about getting great stuff done.  And it baffled me.  I’d rather work with a group of people to do something really cool (and run the risk of losing the trail of authorship) than structure my approach to a problem in order to satisfy the needs of a backward performance evaluation process.

What’s that saying — "two heads are better than one"?  The architect Renzo Piano said it best:

Teamwork is when you throw out an idea, and it comes back at you, like a game of Ping-Pong — four can play it, or six, or eight, with the balls moving back and forth at such a speed that they are flying in both directions at once.  Everything gets mixed up.  When the project finally takes shape, you can no longer tell who put what into it.

In any endeavor which requires creative output, evaluating people as if they were social islands, capable of existing without interactions with other people, is not only silly, it fundamentally misses the opportunity to align incentives around the ultimate performance goal — doing remarkable things.

But they’re about more than the bike — they are a group of people unreasonably obsessed with workmanship and doing the Right Thing.  When was the last time you came across any business with a mission statement like this?:

Our bikes are designed and built to withstand a lifetime of long, hard, fast riding and racing, if that’s what you’re up to, but we don’t go out of our way to appeal to the rambunctious, speed-before-all crowd. It isn’t us versus them, or retro versus techno, or old versus new. It isn’t niche marketing in the tactical sense, either. It’s the same gear we prefer and ride, every day. It is not a "market-driven" approach, which is one reason we’re so small.

It’s enough the make the skin of any cost-conscious, 6-sigma-driven, Excel-grubbin’ business person pucker up like an old prune. 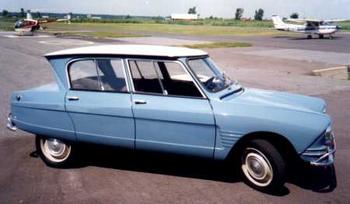 Another automotive design which I’ve long admired, the Citroen Ami 6. Quite polarizing, eh?

On the spectrum of “beautiful/ugly”, this one is biased toward the ugly stick zone, but it does have a certain Gallic charm to it. I like the fact that it’s not another anonymous, bar-of-soap-Camry-Corolla-Hyundai-rectal-suppository type of design.

Contrast that world view with this tidbit from Vartan Gregorian, former President of Brown, describing how he approaches relationships with those “under him”:

I also did something both in the library and at Brown and at Penn. I got to know the staff. By staff, I don’t mean secretaries alone. The building and ground workers, too. I used to go occasionally to the basement of the New York Public Library and have bourbon with the custodians. I learned more from them about the structural problems of the building than from anyone else. At Brown, I tried to set an example of having a lifestyle governed by modesty. For example, I took a Bonanza bus from Providence to the Boston airport for $11.25 to save money, but more important, to set a tone for the rest of the campus. I instituted a policy that nobody could travel first class. Everybody had to travel economy. No limousines, only buses and taxicabs, and no fancy meals. These were important symbolic measures so that if I cut the budget, nobody would say, “Well, the fat cats are still living high on the hog.” There were even funny moments related to these policies.

Once it was raining and I had no umbrella. I was walking along and the university garbage truck stopped. “Hey, Prez,” one of the workers called out. “You need a lift?” He thought that I would not take it. I embarrassed him by climbing on and coming home with a garbage truck, and that story made the rounds.

It would be really interesting to spend a day in the shoes of an organizational snob. What a painful, limiting existence it must be.

Am reading Larry Lessig’s delightful book The Future of Ideas.  In it he provides a nice quote from Machiavelli on the topic of innovative ideas and how they are treated by the environment around you:

Innovation make enemies of all those who prospered under the old regime, and only lukewarm support is forthcoming from those who would prosper under the new.  Their support is indifferent partly from fear and partly because they are generally incredulous, never really trusting new things unless they have tested them by experience.

This notion of limited capacity to accept the new really rings true for me — further proof that the organizational dynamics of the modern technology firms that I’ve worked in aren’t so far removed from the Italian political scene of 1513.

So much of design is concerned with the beautiful object.  But beauty does not always equate to interesting.  As time passes, I am increasingly intrigued by the notion of purposely baking-in tension when designing objects, hence my fascination with the French concept of Jolie-Laide. 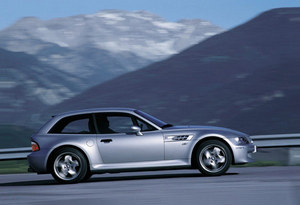 Why be beautiful when you could be interesting?